Tales off the back of the peloton

As very much a weekend cyclist, a rider of only two years in the saddle, my experience up to 2016 had been limited to casual Sunday morning rides and the occasional charity ride, often punctuated with extended mid-ride coffee and food breaks. Like many other hobby riders, my hours glued to the internet assessing potential purchases guaranteeing tiny (or ‘marginal’ to use British cycling parlance) gains in my performance far outweighed the hours actually spent out in the wild riding my bike.
This year though, something unexpected had happened, against the odds, in my first competitive race I had qualified for the World Grandfondo Final in Perth WA.

My route had been achieved by finishing in the top 25% percent of my age group in the Tour of Cambridgeshire (a closed road qualifying event), albeit squeaking in by the smallest of margins I had nevertheless made it through, and with it earned the right to represent GB in the finals in Australia. After initially dismissing the idea as folly based on time and expense, I eventually, with about two months to go, I decided that this could be my one and only chance to compete in such an event and I simply had to take on the challenge!

So fast forward to September 4th (race day), at around 7am, I awoke from about 15 minutes sleep, groggy, disoriented but most of excited. Due to pretty strict regime over the last couple of months I had dropped nearly a stone from usual fighting weight, and even felt, when decked out in my full GB outfit that I could – at a push – carry off looking like a man who realistically could be competing in an international cycling race.

Fuelled by a potent blend of carbs, coffee and terror I wheeled nervously to the starting area. At this point every other competitor looked steely-eyed, unwaveringly confident and whippet-like in frame, however on speaking to a few, many were in the same rickety, unstable boat that I was currently sailing in.

On the starters gun we began, the pace was fast but not impossible, I felt good, the sun was coming out, I felt a legitimate part of the race, we moved through the streets of Perth like a perfectly orchestrated flock of starlings winding effortlessly through the Autumnal sky.

As the miles drifted by, my confidence grew, from initially clinging on to the back of the race, I now felt the moment had arrived to taste the air closer to the front of the pack. Moving through the peloton with unbridled hubris of Sam Allardyce soliciting a Fake Sheikh. I exchanged nods and waves with my fellow GB competitors, I was well and truly in the race, in fact I was ‘of the race’. Things were going well, I began to allow myself to imagine my future self gearing up for a daring final corner sprint, surprising these seasoned racers with an unexpected and devastating turn of speed.

This dream last just about into the second corner of the first long and brutal climb, just after the 30-mile marker. As the cream of the field disappeared into the distance, barely reducing in speed, despite the gradient, I settled back into my into what would be 70 tough miles of long hard climbs and terrifying descents through the Australian outback. As the race was in circuit form, every so often I would cross the finishing line to enthusiastic applause from supporters and the commentary team, providing a temporary boost of adrenaline to my flagging limbs.

Four or so hours later I would finally hit the home straight for the last time, exhausted, cramping up but bursting with pride to be riding for GB. To their absolute credit, the crowd and the race commentators were just as animated for us stragglers as they were for the triumphant winning riders. They knew the journey had been just as hard and just a gruelling for us strugglers as it had been for the ex-pros and top club riders at the front end.

In the paddock, talking with my fellow competitors the sense of pride was palatable, had we suffered, yes, was it a cruel and demanding course, certainly, will be back for more next year, definitely.

Brazil 1970: The designers goal of choice 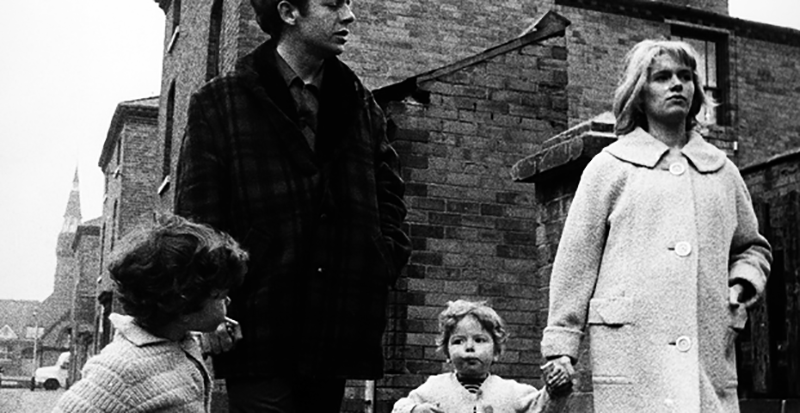 Cathy Come Home. The backdrop may have changed but the story still strikes an alarming chord

Is a strong brand important for SMEs?